A Visual Description of RS-232

A Visual Description of RS-232

The bill acceptor will pass through a series of “States” during bill processing. The acceptor will always be in a “ State.” If the acceptor is waiting for a bill insertion, it will report an “Idle” state to the master. If the acceptor is reading a bill , i t will b e reporting an “Accepting” state to the master. Only one state can be set at a time. The acceptor m a y also have a reported “Event” taking place. For example, if the acceptor has just stacked a bill in the “Stacking Mechanism”, it will report a “Stacked” event and since it is now waiting for another bill insertion, it will also report an “Idle” state within the same message. It is possible for a multiple event to be set in a message. Events are temporary. For example, when a message sent by the acceptor has been received by the master and a new message is then sent by the master, with a new MSG/ack number, the acceptor should clear the previous event bit that is set when it sends its next response. 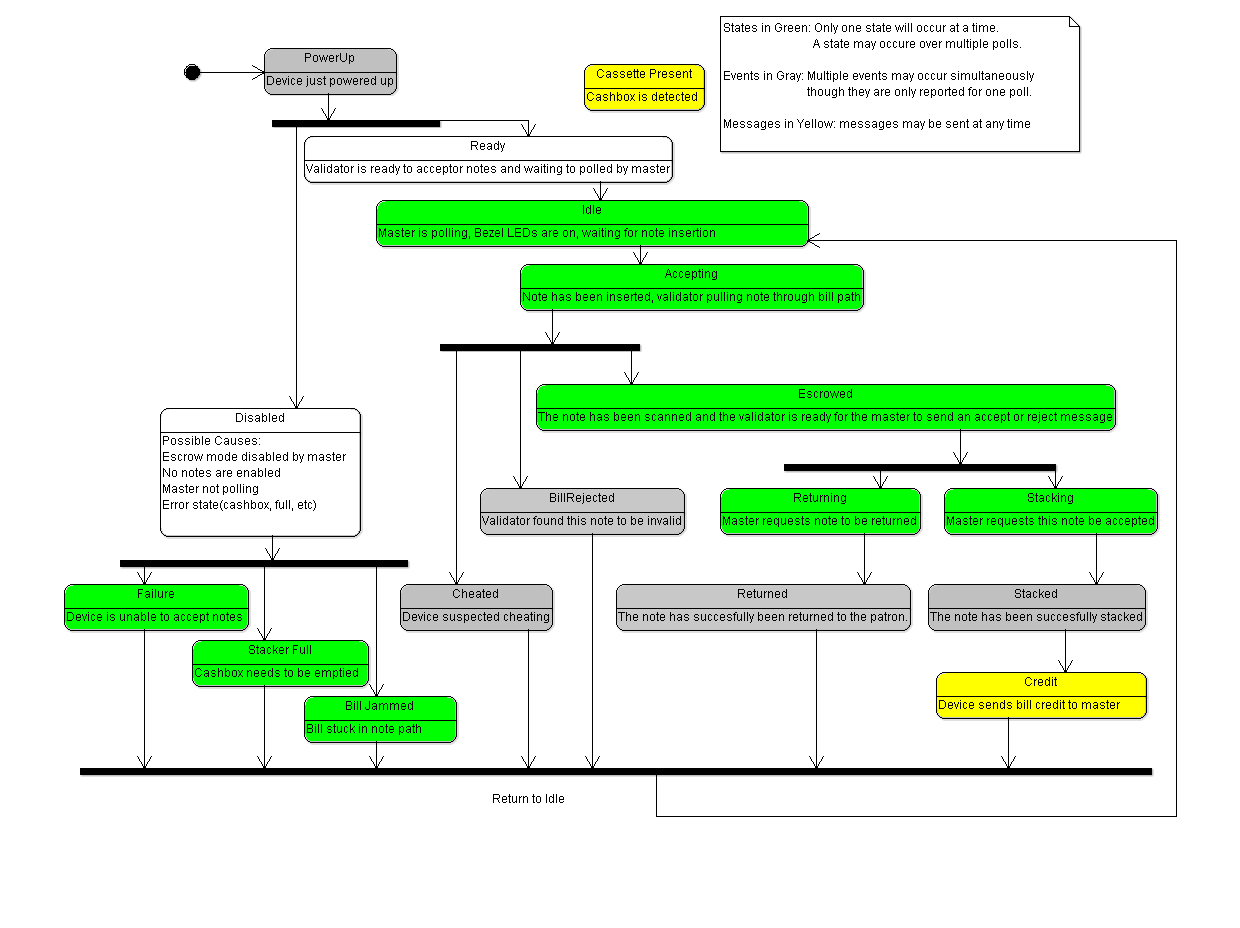